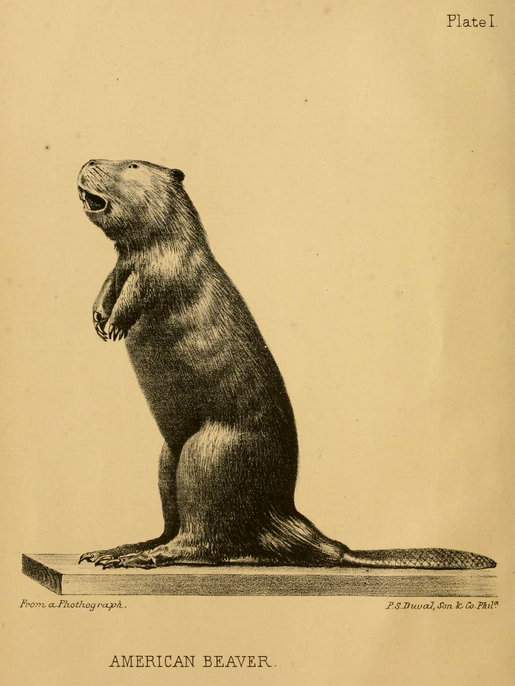 This week, I’ve run into something in the scientific literature about the beaver reintroductions that disturbs me. It is the trend for natural scientists to assume that people in the past did something because they didn’t know better. The assumption is that our increasing scientific ‘knowledge’ leads us to make better decisions. I think this is a very naïve understanding of both human behaviour and scientific knowledge.

Here’s what got me thinking about this. In an article from 2012 about the North American beaver as invasive species in Europe, the authors (who all have done extensive biological work on beaver populations in Europe) wrote:

The North American beaver Castor Canadensis (Cc) was introduced to Eurasia in 1937 to supplement an ongoing reintroduction of beaver to Finland instigated in 1935, initially with Eurasian beaver C. fiber (Cf) from neighbouring Norway (Lahti & Helminen 1974). At the time, the taxonomical status of beaver from both continents was still in question. For the past two centuries, many leading zoologists had considered all beavers to belong either to one species or two subspecies (Morgan 1868). It is therefore understandable if those who conducted the reintroduction were oblivious to the possibility that a new and potentially damaging species was perhaps being introduced. At the time, few laymen would have suspected that animals with seemingly indistinguishable exteriors, despite being from different continents, could belong to two different species. It was not until 36 years later that Lavrov & Orlov (1973) determined that the genus Castor, in fact, consisted of two species based on different chromosome number (Cf1/448, Cc1/440).

The authors have stated two things: (1) that “many leading scientists” thought all beavers were one species and (2) genetics was the only thing that definitely distinguished Castor fiber (the species in Europe) from Castor canadensis (the species in North America). These claims might seem innocuous, but it rubs me the wrong way considering my historical research on beaver reintroduction. The problem is that the only evidence these biologists give of these “many leading scientists” who think beavers were one species is one book from 1868. That book, The American Beaver and His Works by Lewis H. Morgan, does indeed include an appendix which argues that the skeletal measurements of the European and American beavers were close enough that they did not indicate that the two populations were separate species. Morgan thought that separation of the populations had produced some minor physical differences but that the animals would likely be able to interbreed. Castor canadensis (North American beaver) was first identified by Heinrich Kuhl in 1820 based on a specimen in the British Museum collection as something different from the European beaver described by Linnaeus. Morgan wrote the appendix as a reply to scientists who had continue to claim the beavers were separate species based on Kuhl’s description.

That was 1868 and to be honest I haven’t found any evidence that Morgan’s claim was taken seriously. When Horace Martin published Castorologia, or the History and Traditions of the Canadian Beaver (an oft-cited work) in 1892, the skeletal differences were taken for fact: “In 1825, Frederick Cuvier pointed out a difference in the skills, which has since been recognized as establishing the species” (p.4). It seems to me that the scientific consensus was that the beavers were two different species.

On top of that, we have to remember that science doesn’t stand still: do these authors think that a book from 1868 represents what people thought nearly 70 years later in 1937 at the time of the release of Castor canadensis in Finland?

One way to get at that is to look at the use of the two species names in times contemporary to the release. The Skansen zoo in Stockholm provides a window into this because they ended up with both European and Canadian beavers in their collection. Skansen produced a guide booklet that identified and discussed each of the animals that a visitor would see. When Skansen got their first beavers in 1909/10, which were from North America, a beaver entry in the 1910 guidebook was written which listed the beavers under the scientific name Castor canadensis Kuhl. When Skansen put the European beavers on display that would eventually be set out in the reintroduction in Jämtland in 1922, the guidebook was updated to the scientific name Castor fiber L. The text describes the European beaver but the last paragraph of the description noted: “In a section of the same enclosure, there are two examples of the Canadian beaver. These are distinguished by their darker fur and wider tales. These came to Skansen in 1909 and 1910 respectively” (italics in original). In this popular scientific text produced by the zoo director for public consumption, there is a clear distinction between the species and the correct labels are placed on the correct specimens.

I do not know who organised the release of the Canadian beavers in Finland, but I do know that the reintroduction of European beavers in Finland was a highly scientific affair. A letter from P.M. Jenssen Tveit to the Norwegian Agricultural Ministry in June 1935 asked for permission to export 10 pairs of beavers to the Finnish State. Dr. Valto M. Klemola (identified in the letter in the extravagant German tradition as Hrr. Universitets Docent Dr. phil. agr. & veter.), who was the Finnish State’s Hunting Inspector, had visited Jenssen Tveit to study the biology of beavers, on the recommendation of the  Norwegian Agricultural Ministry. Dr. Klemola concluded from his study that the Norwegian and Finnish environment and vegetation was very similar and recommended beaver be “reintroduced in the land of a hundred thousand lakes.” Jenssen Tveit was thus requesting permission to capture and transport the beavers for this project. This was no “fly by the seat of the pants” affair: an educated Finnish official had done a study and concluded that reintroduction of European beaver was viable.

So what happened? Why were Canadian beavers also introduced in 1937? I don’t know if there are Finnish primary sources like letters about the Canadian beaver import, but if it was indeed done by some non-academics (“laymen” as the 2012 paper calls them), I can compare it to an import plan in Jämtland. A local named Johan Larsson wrote a letter to Eric Festin in June 1921 about Festin’s proposal to reintroduce beavers to Jämtland. Larsson (quite a character who had travelled the world, from Canada where he worked as a fur trapper to New Zealand and South Africa) wrote to Festin to explain that he had long planned to bring beavers back to Sweden. He had planned to put them into an enclosure on his property and breed them with the intent of selling them to people to release. He was intending to use beavers imported from Canada which he felt would be easy to get. Luckily, his plans had never materialized (in his very long letters to Festin, it’s obvious that he’s the kind of guy who dreams big but doesn’t follow through).

In the letter, he reveals an interesting position about the Canadian versus European beaver translocation:

Your plan to introduce beavers to Jämtland meets not only with my full appreciation but also my greatest satisfaction, particularly because it is Norwegian or Scandinavian beaver. If I should succeed with American beaver, so much the better, because we can’t have too many beavers come to Sweden anyway. I’ve only seen one beaver in Europe, and it was at Skansen in Stockholm in autumn 1909, but from what I understand, the European and the American beaver almost completely the same kind of animal, and I assume that these two types should without difficulty be made ​​to breed with each other. Such crossbreeding is considered  favourable with other species so why not also with the beaver. It ought therefore to be an advantage, if we bring a few beavers of both kinds into the country.

In this passage, Larsson is clear that American and European beavers as separate things but he believes that they could interbreed, with the possible result of a more hardy animal (he is thinking here of domestic breed crossbreeding). It’s also interesting that he mentions seeing the beaver in Skansen in 1909 and thinks that it was a European beaver, since it was in reality a North American beaver like the ones he trapped in Canada so of course they looked the same! If Larsson would have been successful in breeding and releasing Castor canadensis, would it have been because he was ignorant? Yes and no. He was wrong that the two kinds of species would interbreed. But his concern was to have beavers in Sweden, so he would have accomplished that. In other words, while he knew the beaver types were in some ways different, he didn’t care about it. And not caring is not the same as not knowing.

Although I don’t know for sure, it’s entirely possible that the Finns who released the 7 beavers from New York had the same kind of attitude as Larsson: although the species were different, that didn’t matter, because what matttered to them was having beavers at all. Where people in the 1920s and 1930s drew the lines for ‘acceptable’ introduction/reintroduction was not the same place as we would draw it now, but that doesn’t mean they were “oblivious.”

Death in captivity: A “natural” outcome?