On twitter Jon Mooallem (check out his book Wild Ones) announced that he has discontinued his This Week in Wild Animals column. This prompted my husband to suggest I could do a “this week in beavers” or “this week in muskox”, but he added that he was sure I wouldn’t have enough material for such a thing. “Ha! You haven’t seen how many newspaper articles I have on my computer,” was my retort.

Although I will not be doing a regular thing of it, I decided to look through my historical articles for what indeed had happened in the first week of January in the many years covered by my muskox files. To my delight, I found a wonderful article for a “This week in muskox” post in honor of the weird and wacky world of human-animal interaction.While I’ve previously discussed conflict between settlers and Svalbard’s muskoxen, I didn’t mention this story. Yet, it is a perfect example of post-reintroduction conflict when animals exercise their agency and don’t pay attention to human boundaries. It also shows how people often act irrationally in response to those kind of threats. It is one of those stories that falls in the you-just-can’t-make-that-up category. So here it is in its entirety, from Norway’s Aftenposten newspaper, in the Friday, 4 January 1963 edition, page 12 (translated by me):

Pastor’s wife lets loose on two muskoxen with a broomstick

An ice layer covers the ground on Svalbard and is making grazing difficult for both reindeer and muskox, reports Lofotposten‘s correspondent in Longyearbyen. The bad grazing has among other things caused two muskoxen to move into Longyearbyen, and there has been no luck trying to drive them away.

Even yesterday evening the animals sauntered around the town houses in Longyearbyen, and parents are afraid to let their children go out on account of the mean muskoxen.

Happy New Year and be glad you don’t have to chase muskoxen out of your yard with a broomstick this week in 2015. 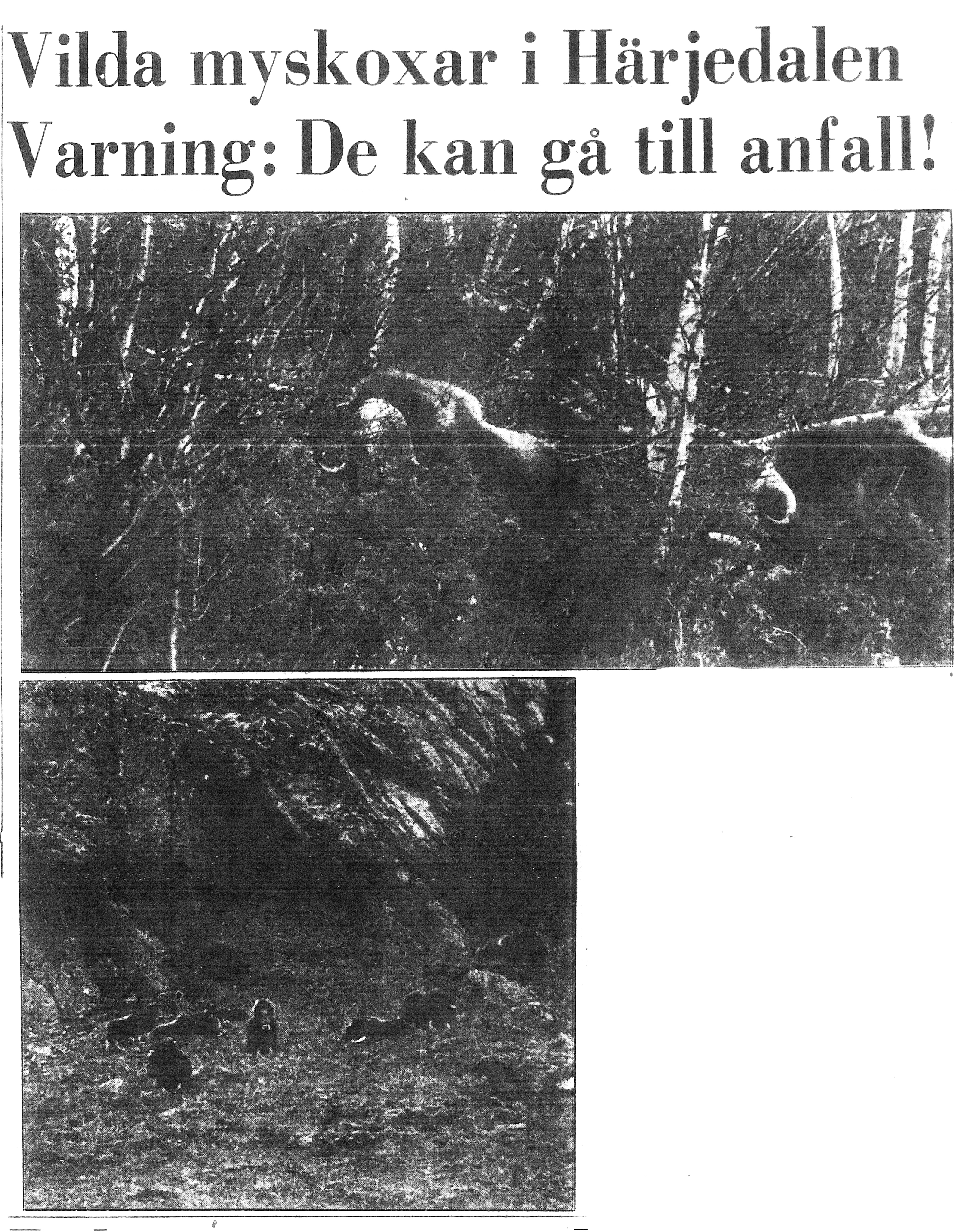 A Sami view of muskox