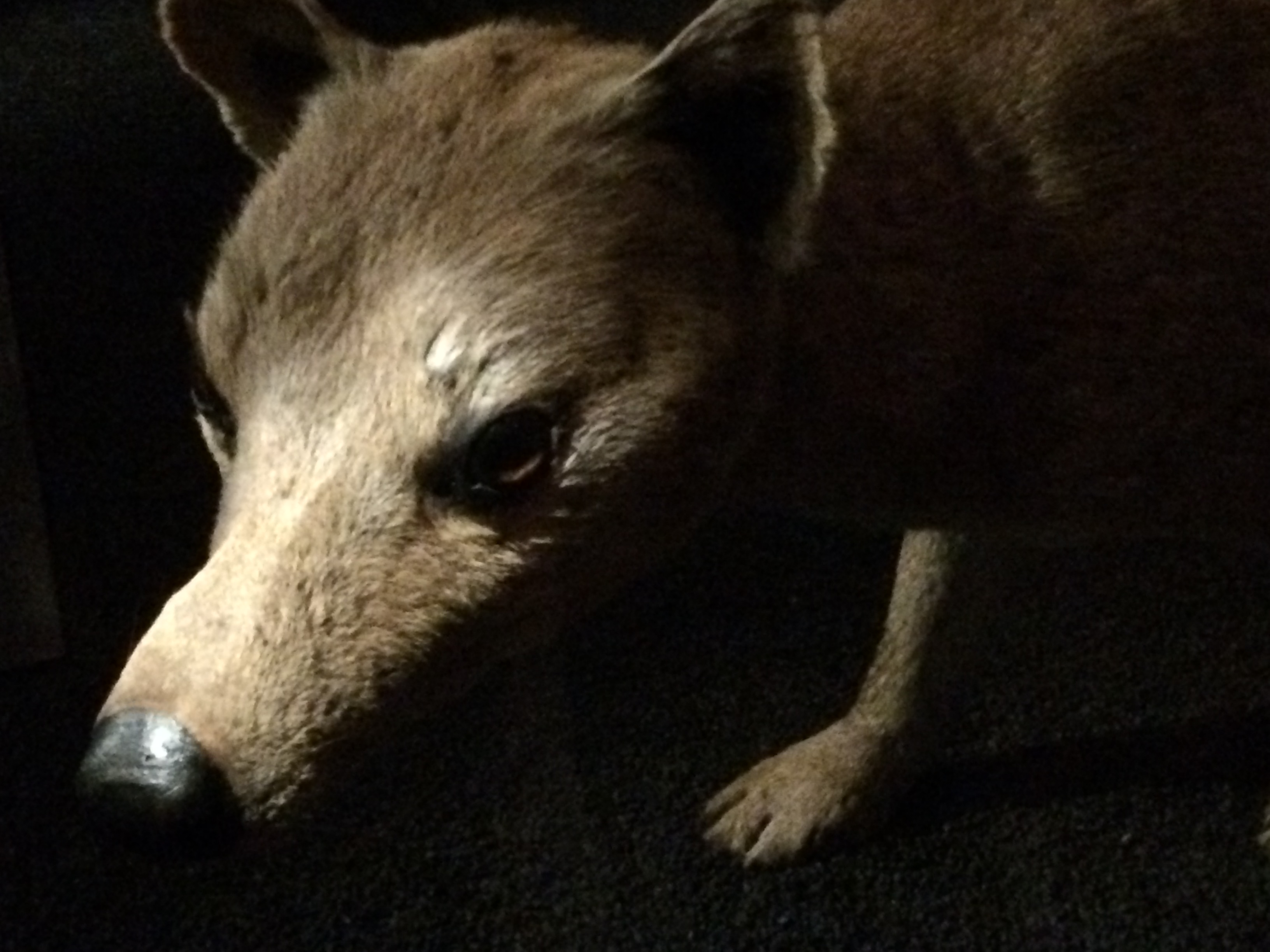 Yesterday was Thylacine Day, or more officially National Threatened Species Day, in Australia. In 1996, Australia established the day to commemorate the 60th anniversary of the death of the thylacine which was in the Beaumaris Zoo in Hobart, Tasmania.

In many official statements about National Threatened Species Day, this zoo animal is called the “last Tasmanian tiger” (for example by Queensland Department of Environment and Heritage Protection and New South Wales Office of Environment and Heritage). The National Museum of Australia presents the thylacine as becoming extinct as a species on 7 September 1936 with death of the Beaumaris zoo specimen, which has become known as ‘Benjamin’ although there are many questions about where this name originated (see Paddle’s The Last Tasmanian Tiger for discussion of the controversy). When the Tangled Destinies exhibit, now known as the Old New Land exhibit, opened at the museum in 2001, Benjamin was described as the “endling“, the last of a species, in the exhibit text and pedagogical material accompanying it. Although there has been ongoing debate as to whether or not thylacines are really extinct (I talked about this in my Search for the Last paper along with the beaver in Sweden), Thyacine Day marks the end of the species.

As a day of commemoration, National Threatened Species Day is not a celebratory day but a day of mourning. It doesn’t mark the end of a war or celebrate labourers and military service or highlight national independence. Unlike Earth Day, which asks people to think broadly about the human relationship with out planet on the 22nd of April, Thylacine Day puts a specific environmental tragedy into focus and asks how we can avoid the same fate for other species.

In honor of Thylacine Day 2015, the 79th anniversary of the death of the thylacine in Hobart’s zoo, I thought I’d share with you some of the thylacines I’ve seen in museum exhibits. No matter how many I see, each new one strikes me with a tangible sadness. As they look out from their glass cases, they always seem to ask the same question: why?

A historian walks through the beaver’s homeland