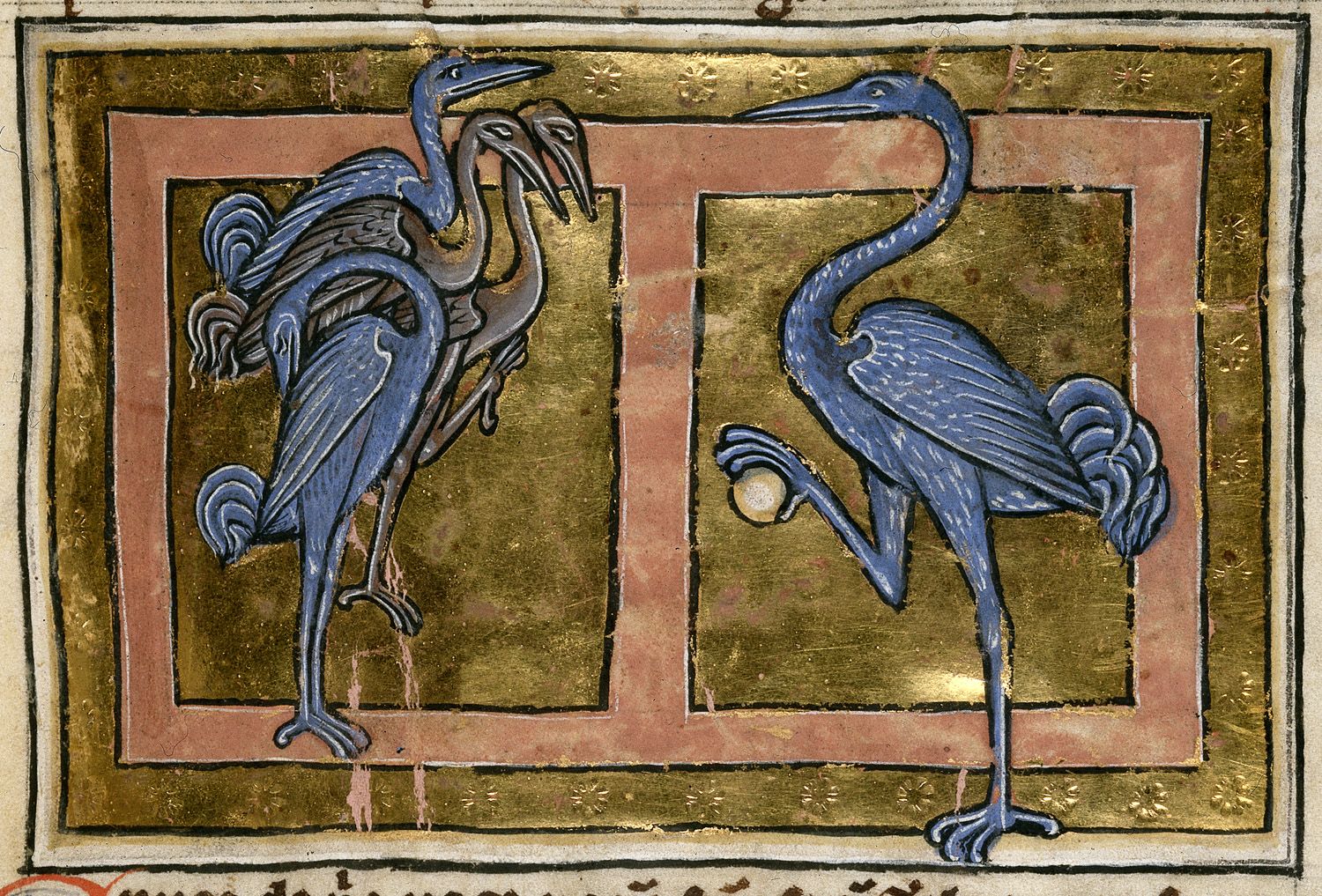 Earlier this week, news came out that a common crane (Grus grus) egg was laid in southern Britain for the first time in 400 years. The parents are part of a crane reintroduction run by The Great Crane Project. The project has been reintroducing cranes into the Somerset levels area in southwestern Britain since 2010. This is first time a pair of their reintroduced cranes has successfully bred.

What’s interesting to me as a researcher is how the motivation for this project is put forward. Just like the beavers being reintroduced to Scotland, common cranes don’t need to be targeted for conservation. Unlike all the other crane species, which have been fairing quite poorly around the globe, common crane numbers are very high — there are estimated to be 300,000 in Europe, and another 100,000 in Asia. So common cranes don’t need to be brought to southern England for their own sake.

On top of that, unlike beavers, cranes don’t have a particularly strong ecological shaping power. They live in wetlands, but they aren’t wetland engineers, like the beavers. They are more ‘indicator’ species — in other words, their presence shows that a wetland is healthy, not that they actually make it healthy.

So why reintroduce the cranes? As I read through the project’s website and news articles about it from its inception in 2009, I discovered two reasons: (1) their extinction from Britain was anthropogenic so should be amended and (2) cranes are aesthetically pleasing. I’ll discuss each of these in reference to the primary reintroduction research I’ve been working on. The first reason shows up in newspaper articles, with statements like “Hunting and the loss of wetlands led to cranes becoming extinct in Britain” and on the Project website with similar statements like “They were lost as a breeding bird around 400 years ago as a result of the draining of their wetland nesting sites, and hunting for food.” I do not doubt that wetland drainage was the cause of the crane decline. But, the emphasis on hunting seems rather misplaced.

The “Crane History” page of the Project uses oft cited numbers to stress the decimation of the crane population by people:

During a feast to enthrone Archbishop Neville in the fifteenth century, the guests consumed and incredible 204 cranes, and at Henry III’s Christmas meal in 1251 he and his guests consumed an impressive 115 cranes – along with a veritable bevy of bitterns, ducks and other unfortunate wildlife.

These figures for two dinners make it sound like people were out killing hundreds of cranes every day. This was simply not the case. These were exceptional events. Cranes were certainly eaten in medieval Britain, but in reality not often. Umberto Albarella (whose work on archeological finds of medieval animals is excellent) and Richard Thomas published an article on the consumption of wild fowl in medieval Britain and specifically stated that cranes would have been eaten very rarely:

The suggestion, however, that medieval people may have “dined on crane” may seem extremely unlikely if we consider that adult cranes are tough, gross, sinewy and engender a “melancholique bloud”.

Thus the suggestion that crane hunting was the reason for their decline is questionable. But from a rhetorical standpoint, framing the decline as directly anthropogenic may be deployed for garnering support for the project. What I’ve seen in the modern Scottish beaver reintroduction project is that this kind of “guilt-making” is regularly used to try to win over supporters. I’m not sure that it’s very successful, but it is something regularly done.

The second argument for bringing back cranes is that cranes are nice to look at. That’s the message from the Project’s Home Page:

Cranes are beautiful. Their trumpeting calls sound astonishing.
And they have a courtship dance that has to be seen to be believed. I would completely agree that cranes are beautiful. I had the chance to visit the International Crane Foundation facility in Wisconsin in 2012 during the ASEH conference. I was mesmerised by the whooping cranes, which although from not far from where I lived for 14 years in Texas, I’d never seen live. Aesthetics and delighting in nature are nothing to scoff at. They are, in fact, important and valuable ecosystem services according to the Millenium Ecosystem Assessment.

I think that it’s important to make the reasons for a proposed reintroduction visible; to put them out there clearly so that discussions can happen about whether or not those reasons are “good enough” to warrant a reintroduction project. In this case, the reintroduction is not a conservation project per se because the bird doesn’t need conserving. It is a project all about us and our desire for cranes.

In this case, I wonder if the people involved in this project are simply impatient. They want cranes so badly right now that they are willing to go through great trouble to reintroduce them (read about the egg collection & juvenile raising procedures to appreciate how much work is being done), even though cranes have already begun reintroducing themselves into Britain. In 1979, three cranes wintered in Norfolk and the population has been growing since. Just like the Swedish muskox who migrated over from Norway, these cranes found good habitat and stayed. Are the reintroducers just too being impatient with the cranes? Would they “naturally” recolonize Britain if given enough time? Maybe. But reintroduction is the only quick way to build a population if you are craving for cranes in your backyard.

Speaking for the animals

What’s in a name?