When two things get the same name, it is easy to get them confused. This has happened with two medicines with similar names that have cropped up in my research: castoreum and castor oil.

As I mentioned in my last post, the Elvarheim museum in Åmli, Norway, recently opened a new beaver exhibit. I was quite impressed with the set-up. I did, however, notice an error in the display case of beaver products. The case included a beaver felt hat and the beaver gall liquor I’ve tried, both of which are made from beaver parts. It also had a shelf of medicine that was supposed to be from beaver, but the bottles on display were castor oil.

Castor oil is not made from beavers. Instead it is the oil extracted from seeds of the plant Ricinus communis, the castor oil plant. The plant is indigenous to the Mediterranean, east Africa, and India, but cultivation has spread globally. Castor oil was a common 19th century and early 20th century household remedy. The seeds contain a toxin in the shell (called ricin) which is extremely toxic, but the pressed oil is not toxic.

That doesn’t mean it tastes good. You’ve probably heard nightmarish stories about children being forced to take castor oil for any number of ailments. You can certainly see the look of trepidation on the young boy’s face in a photo from France in 1894 on the right.

Companies selling castor oil tried to market their oil as palatable for all. The Woods company, for example, labelled its castor oil as ‘sweet’ — it had been ‘sweetened and flavored as to disguise the taste’. The company claimed, ‘Children like it’.

In the later 1900s, companies started packaging castor oil in capsules to avoid the taste problem all together. But as the bottles on display in Åmli show, liquid is still a common form.

Needless to say, castor oil is not the same thing as castoreum.

Castoreum is the secretion of the castor sac of the beaver. Beavers of both sexes have two sacs near the base of the tail. The secretion is used for marking territory. To make castoreum as a medicine, the sacs are removed, dried, and ground up. Most often the castoreum was administered in small doses as a tincture prepared with alcohol. Almost every historical apothecary collection from the 1700s to mid-1900s has a jar for castoreum. Most often these would have had castoreum from North American beavers since the beavers in Europe were extremely rare. The source of the beaver is apparent on the jar labels in several examples in the Riga Pharmacy Museum which say ‘Castor. Canadens.’

The Elvarheim museum has a very good example of the beaver’s castor sacs on hand in the exhibit. The sacs had previously been kept out, but they exuded such a strong smell that the museum staff decided to encase them. A small hole has been made in the case and a stick sitting in the hole touches the sac. The stick is then removed so the visitor can smell it. The castoreum scent is overwhelming and brought back memories of my earlier castoreum consumption encounter.

I encouraged the museum staff to replace the castor oil jars with old apothecary jars of castoreum in the display. Of course the castor sacs are also a wonderful supplement to the medicinal section.

The moral of the story is that the same name does not equal the same source. Castor oil and castoreum may sound similar but they are not related at all. 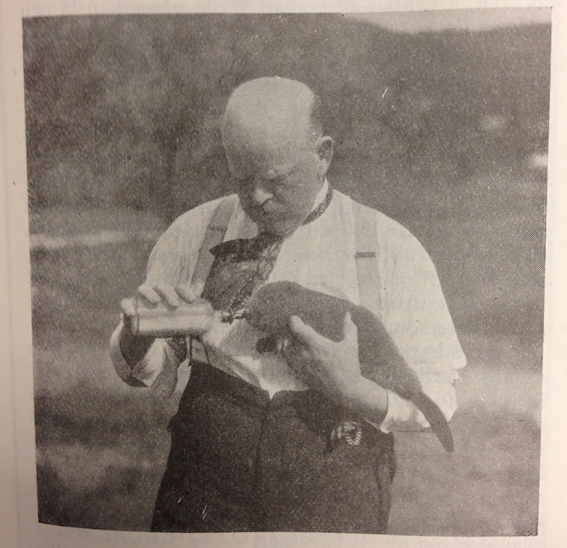