Reconstruction of a seal trappers hut on East Greenland in the Polar Museum, Tromsø, Norway. Photo by D. Jørgensen. 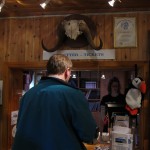 A muskox skull hangs above the ticket desk. 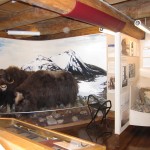 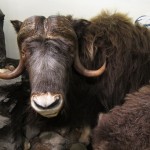 A muskox on display in the East Greenland hunting section 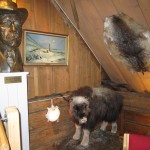 Calf stands in the corn next to a Nansen bust. 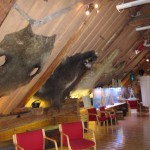 A full skin hangs on the wall. 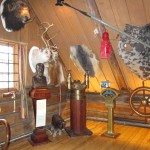 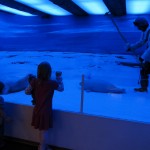 My children looking at the seal hunt display