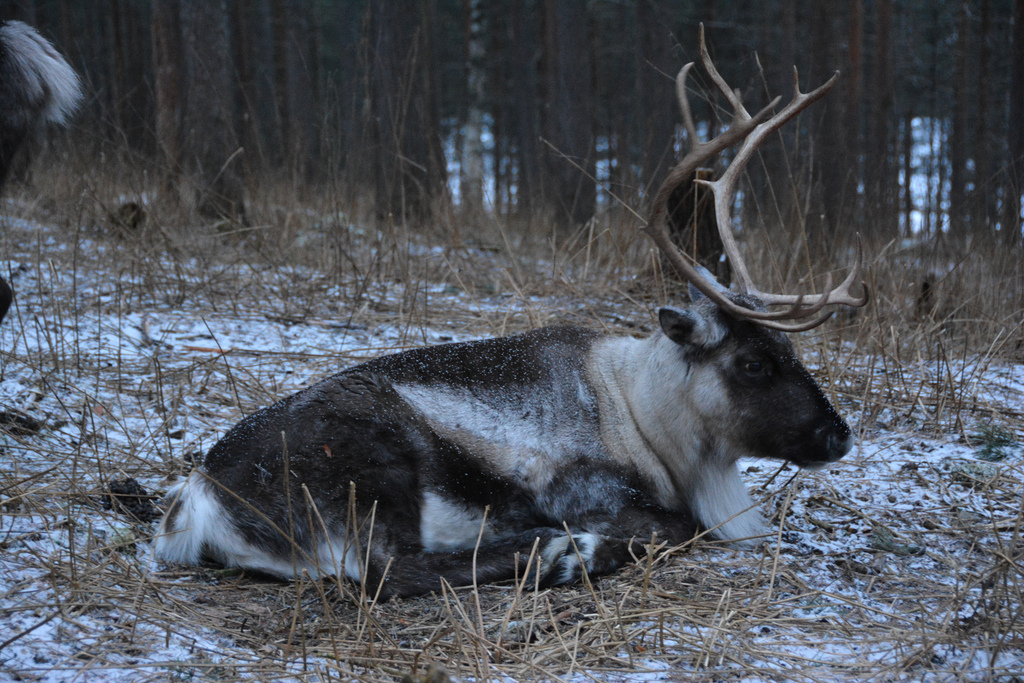 This week Stig-Olof Holm, a biologist in my department at Umeå University, wrote a debate article in the local newspaper Västerbottens-Kurieren recommending that Sweden reintroduce the forest reindeer (Rangifer tarandus fennicus, called skogsren in Swedish).

Forest reindeer are a subspecies of reindeer that prefer woodland habitats instead of tundra. They have adapted to forested habitats with longer legs, broader hooves, and smaller horns than their tundra counterparts. The species was exterminated in Sweden in the first half of the 1800s. In Finland, forest reindeer were driven extinct in the early 1900s, but some individuals survived slightly further east in Russia. Since then individuals have migrated from Russian Karelia into Finland and about 40 animals were deliberately reintroduced in 1980. There are now approximately 1,200 in the eastern subpopulation and 1,000 individuals in the western subpopulation of Finland. While reindeer numbers in general are quite high globally (over 3 million wild and another 3 million semi-domesticated), the number of the forest reindeer subspecies is low.

In this context, I would have expected Holm to suggest reintroducing forest reindeer in order to bolster their global population numbers and/or restore a locally extinct species. Although he mentions this, the main reason he gives is something else: forest reindeer should be reintroduced to serve as prey for wolves.

Wolves have expanded their ranges in Sweden and are classified as endangered in the current Swedish Red List. One of the main conflict areas between wolves and people are takes of herded reindeer. Holm suggested that by reintroducing forest reindeer in southern Sweden, the wolves would have more readily available prey and would stay there instead of migrating back to the north. As part of this wolf-feeding strategy, Holm recommended that a buffer zone be created between the forest reindeer in the south and the herded reindeer in the north, a “no reindeer land” where all forest reindeer would be shot to keep them from spreading north and becoming competitors to the semi-domestic herds.

I know that we live in a time of intense wildlife management. Animals like the muskox in Norway are kept within discrete zones and all wolves in Scandinavia are tagged and tracked. We move critters around to allow development that destroys their habitats and we recreate habitats elsewhere. Modern environmentalism has no problem being intervensionist. But Holm’s suggestion struck me as particularly outrageous.

First of all, there is nothing to suggest that wolves are starving in southern Sweden. Rather, wolves are moving around as they create new home ranges (a pressing need as there are more and more wolves). This was also the response of the Sami association representative who was asked to comment on the plan. According to a study from 2004, while Finnish forest reindeer made up 20 to 50% of wolves’ diet in summer, autumn, and early winter, wolves still ate mostly moose. Finding wolf prey in southern Sweden with its high moose and deer populations would not appear to be problematic.

Second, the suggestion that you should use a subspecies with such a small population as deliberate food, rather than to increase the global population, seems preposterous. In Finland, they have been struggling with how to grow the forest reindeer population since they are wolf prey. This is considered a major management dilemma since both prey and predator as classified as endangered. This is precisely what would happen in Sweden if forest reindeer are reintroduced. The animals would have to be classified as endangered, thus the environmental protection agency couldn’t just sit around and let them all be eaten. Forest reindeer would have to get a Species Protection Plan that would outline management steps to increase the populations to non-threatened levels.

Third, a buffer zone to control the migration of reintroduced forest reindeer seems doomed to failure. While it sounds plausible to draw a line on a map and say “no reindeer here”, the reality is that this zone would be ridiculously large if it had to bisect Sweden (which runs north and south in orientation). There is no way you could have rangers everywhere. On top of that, one of the things about forest reindeer that is different than the tundra type is that they tend to be elusive. They hide in covered areas, a fact which has caused much frustration for scientists in Finland trying to count them. So actually knowing about the reindeer before they reached the northern reindeer areas is highly unlikely. Not to mention, you couldn’t just go around shooting an endangered species with a Species Protection Plan, so there would have to be all kinds of relocation logistics for capturing and moving the animals.

In Holm’s debate article, he calls his suggestion “re-wilding” and directly compares it to the reintroduction of beaver in Sweden in the 1920s. He talks about other reintroductions, including the North American bison and European bison, as “re-wilding” initiatives. While I agree that Holm is suggesting a reintroduction of forest reindeer (albeit for what I see are wrong reasons), I don’t agree that he is talking about “wilding” anything. He is instead proposing intensive intervention for a specific species management goal, which is having more wolves in Sweden that don’t conflict with humans. While that may be a laudable goal, I don’t think it is a reasonable reason to reintroduce forest reindeer in Sweden. 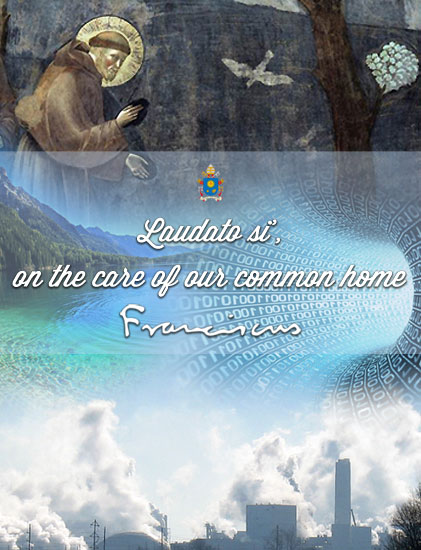 Environmental relationships in the Laudato Si´encyclical 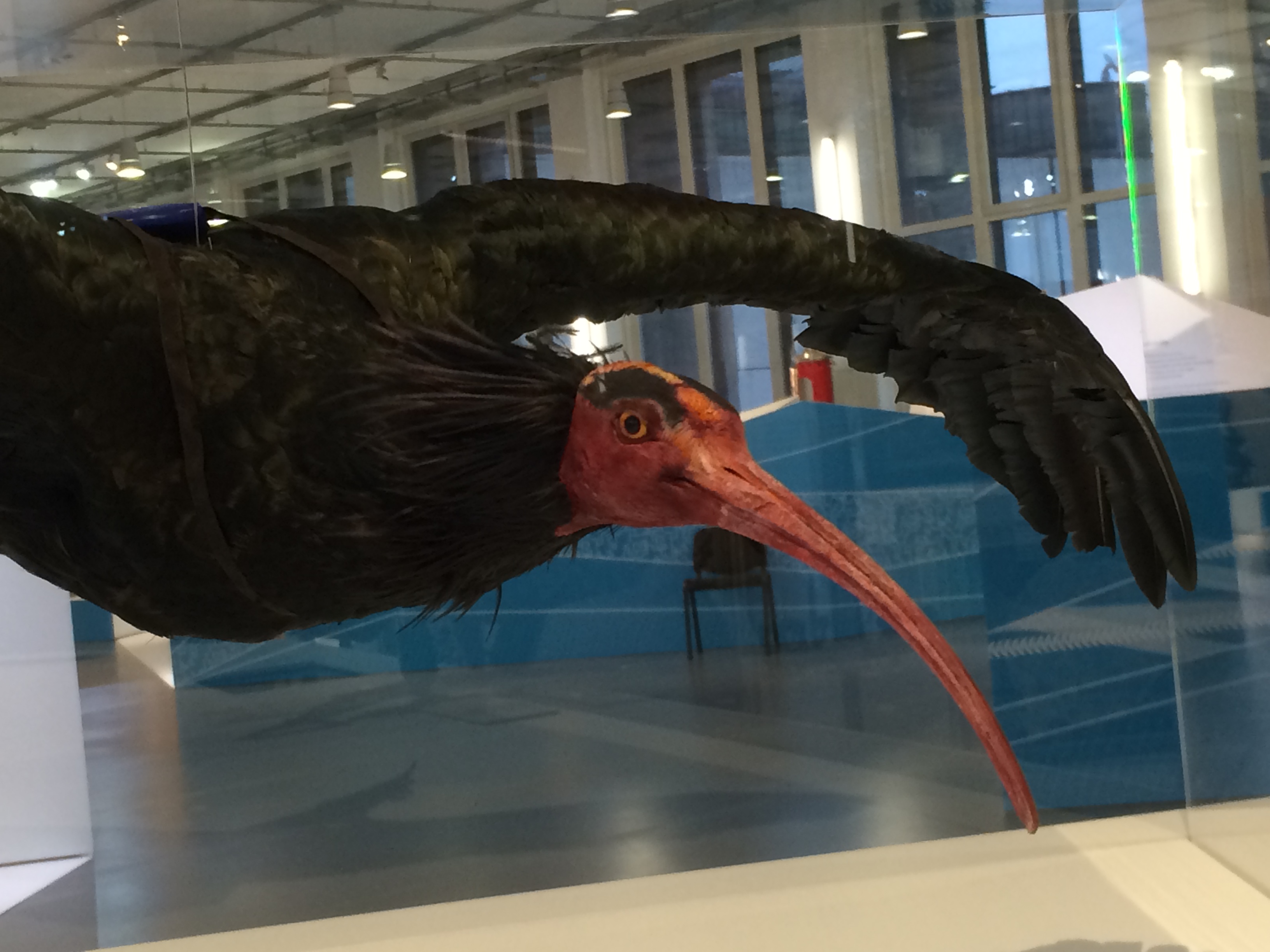