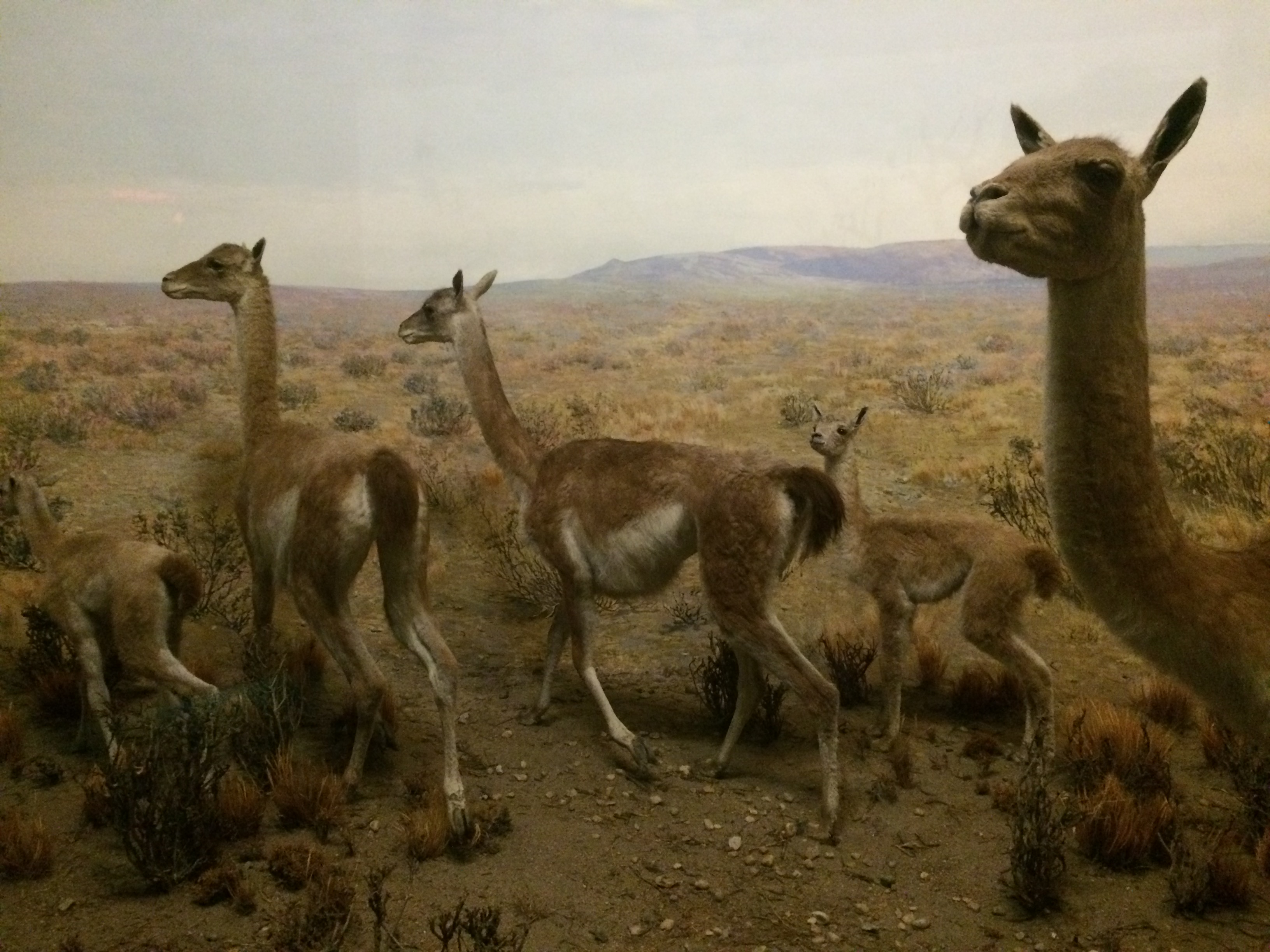 I had the pleasure yesterday of visiting the Field Museum in Chicago, USA. The museum, founded in 1893 as an outgrowth of the World’s Columbian Exhibition hosted in Chicago that year, is home to one of the world’s premiere natural history collections. As someone interested in museum storytelling about animals, I was looking forward to seeing how the Field Museum approached history in their displays.

I was impressed that animal histories with conservation messages pervaded many of the exhibits. Take the case of this gray wolf (Canis lupis): The Gray Wolf on display at the Field Museum, Chicago. Photo by D Jørgensen, Oct 2014.

The display not only puts the gray wolf’s decline into cultural context–“Our fears led to the wolf’s decline”–but it also tells the story of this particular specimen and the wolf’s belongingness:

This gray wolf, shedding its thick winter coat for spring, came from Minnesota. Wolves once roamed throughout Illinois, too–even around Chicago–but they’ve been extinct here since about 1860.

In this, the wolf on display becomes more than just a representative of species. It becomes an individual, one who belonged in a certain place at a certain time. The label gives us a mini-environmental history because there is not only the wolf, but also the people in the story. It offers an insight into historical interaction between humans and wolves in space and time. Guanacos in the Field Museum exhibit ‘Messages from the Wilderness’. Photo by D Jørgensen.

The “Messages from the Wilderness” exhibit was particularly strong in telling stories about human-animal interactions. There were bison who were nearly hunted to extinction, and guanacos who were identified on the sign as ‘a forgotten native’ because they once were central in Patagonian culture but have now been pushed out by sheep. There were Mexican grizzly bears who are now extinct and muskoxen whose range is reduced to northern Canada and Alaska.

Not everything had a story at the Field Museum, but I was impressed by how many things did. I think that connecting the animals on display not only with their own biology (which was also included as it should be in any natural history museum) but also with humans made the exhibits come alive. They became animals with real histories, not just wondrous creatures from far off lands. Of course telling histories means that you have to be willing to revise texts if things change. I noticed that the California condor exhibit featured the headline ‘Condors no longer hatch in the wild’. Luckily, this year in July, that has changed with the first confirmed California condor hatched in the wild in Zion National Park. Changing that particular museum sign should be a welcome change–a sign that things may be on the right track for conservation of this magnificent bird.