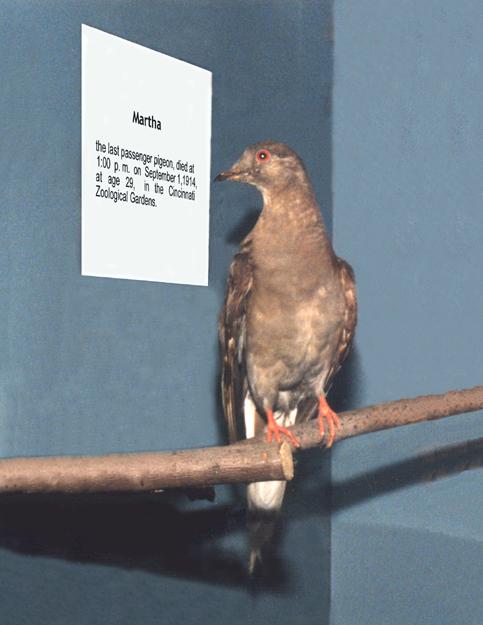 Today is a special anniversary. On September 1, 1914, the last of a species died in captivity in the Cincinnati Zoo. As we mark the 100th year anniversary of the passing of Martha the passenger pigeon, there has been an outpouring of press coverage of the bird’s extinction. The Smithsonian has a special exhibit featuring Martha’s taxidermied remains and there are a slew of other museums having passenger pigeon exhibits. There is a film From Billions to None, a web-based project, and a brand new book A Message from Martha all dedicated to sharing the extinction story as a way promoting a sustainable future. Martha even has her own twitter account @MarthathePigeon (which is run by the author of A Message from Martha). There are lots of great news articles out this week to make the centenary — I can recommend that you read the full historical story in ‘100 years late, the passenger pigeon still haunts us’ and the connections between the extinction and current bird populations in ‘Saving our birds’. So I am not going to recount the passenger pigeon story here.

But what I would like to offer is an observation about names. In all of the passenger pigeon coverage, a name looms large. The last surviving passenger pigeon was given a name, Martha, and that appears everywhere in these articles. Her partner, who we don’t hear about as much since he unfortunately died four years before her and the pair never had chicks, was named George. They were named after the first president of the US, George Washington, and his wife Martha. A patriotic choice for pigeons–you might have expected it for bald eagles–that we can read as a recognition at the time of a national loss with the death of the bird. If you look at the photograph of the old exhibition of Martha at the Smithsonian, you see that her name is more prominent than her species. If you glance at the sign, it says MARTHA … EXTINCT. This is a personal story.

The thing is, humans have a tendency to name endlings like Martha. Some endlings I know of in addition to Martha are: Lonesome George, the Pinta Island tortoise; Benjamin, the thylacine; Celia, the bucardo; Incas, the Carolina parakeet; and Booming Ben, the Heath Hen.

I believe that naming animals encourages us to tell a different kind of story about them than unnamed animals. As I observed at the Museum of Natural History (London), individual stories are told about Guy the Gorilla and Chi-Chi the Panda, but not about the unnamed animal specimens that represent whole species, even if those species are extinct. Personal histories are easier to recount if a name is attached.

When the small group of muskoxen migrated to Sweden from Norway, one of the first things people did was to give them names. The five immigrants were: Kari (1965-84/5), Åsfrid (1968-87), Nils (1969-84), Kjell (1971-76), Ulrika (1971-1992). I know those years of birth and death because each of the muskoxen has a short bio available (like this one for Kari). They got names because they were rare. No one names all the muskoxen in the Dovre mountains, but when a small group broke away, they became noteworthy. Although some wildlife are tagged with numbers and tracked, this is different than giving them a name. The name creates a sense of being an individual, of being special.

Naming as a symbol of specialness and a way of telling stories is not unique to animals. When I visited the US Holocaust Memorial Museum in Washington DC a few years after it opened in 1993, we were each given an Identification Card with a Holocaust victim’s picture and name. The point of the Card was to make it personal.  I’ll never forget it, because the card I got was a young woman named Dolores – which is my real name. Reading that card was an intense moment. Not that far away, the Vietnam Veterans Memorial is likewise all about names, with names of servicemen and women inscribed on a seemingly endless wall of black stone. Names are listed to bring the individuality of life and death to the fore. Instead of just mass casualties, they become individual stories. It’s like when you donate to a fund to end hunger or build a school or provide a goat to a village and you get back a picture of the person and his/her name so that you know who you helped. Names matter.

I know that some people object to giving names to a bird like Martha. They think it is a human attempt to make a non-human human, but I don’t think it does. I think naming makes the animal an individual, which is different than anthropomorphising it. Giving a creature a name makes humans recognise it as an individual with a history. In the recognition of an individual’s history, we come face to face with an individual’s worth because we can tell and hear its stories. 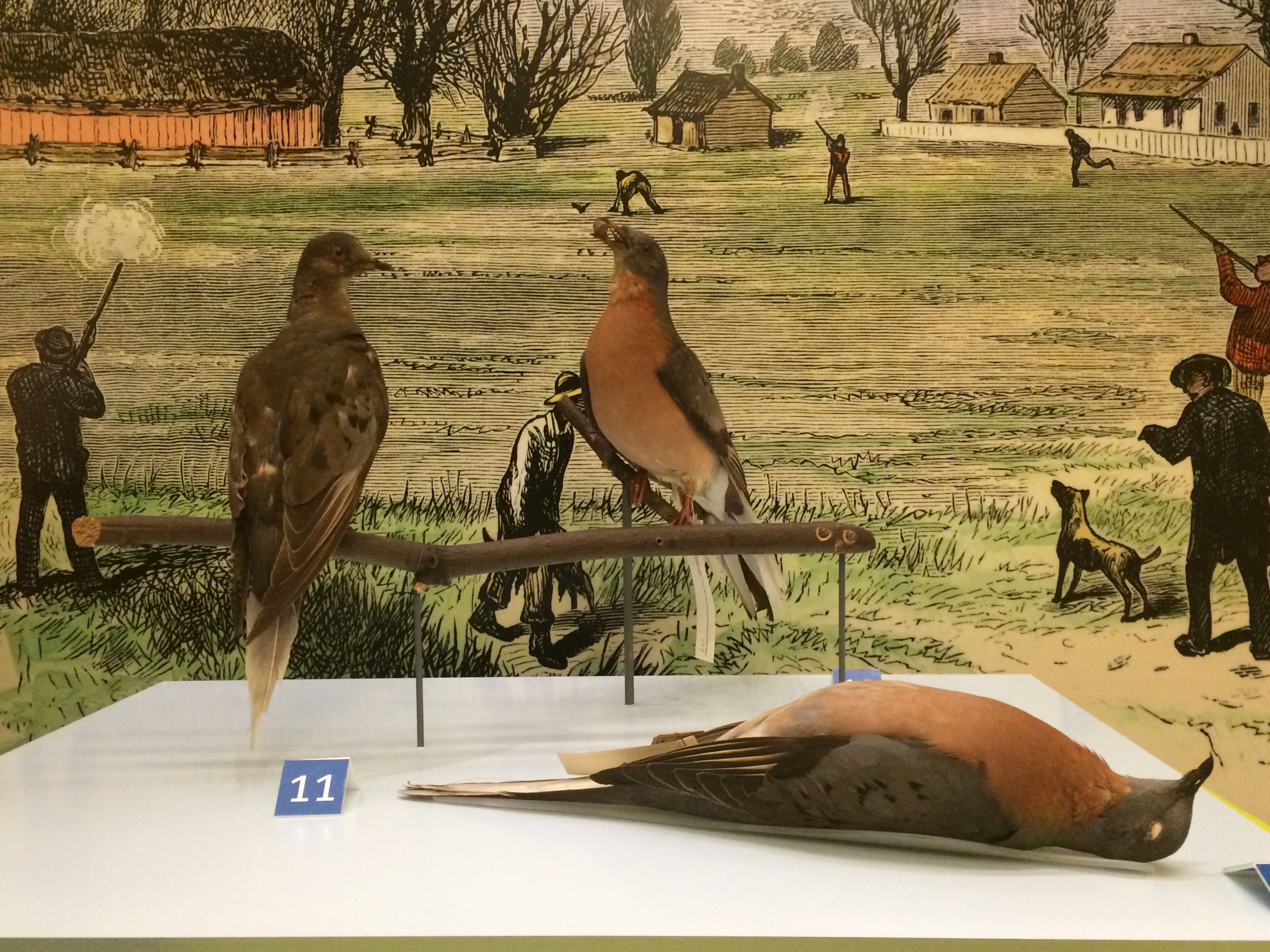