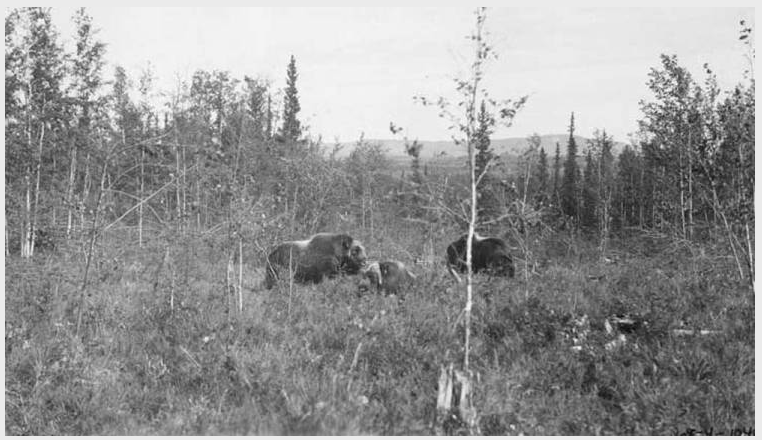 Rare animals, especially ones deemed worthy of environmental conservation, can take on political significance. I’ve previously discussed the complicated politics of claims on East Greenland and its intersection with muskox reintroduction in Norway in the 1920s and 30s. I’ve also written about the US-China exchange of muskoxen for pandas in the 1970s. It turns out that muskox reintroduction also factored into US-Russian politics in the 1970s.

Norway was not the only place interested in reintroducing muskox. Muskoxen had been extinct in the western half of Canada and in Alaska since sometime in the 1800s (ethnographic evidence from the early 20th century indicated familiarity with muskoxen among Inuit peoples but only among the very old). In 1930 at the request of the Alaskan Territorial Legislature (Alaska did not become a US State until 1959), the US Congress appropriated $40,000 to reintroduce muskoxen to Alaska. The animals were caught in East Greenland, shipped to Norway, then taken to New York. While that seems like a crazy cross-Atlantic journey, the animals were not actually bought by the US until the Norwegian hunters and brought them from East Greenland to Norway. Thirty-six muskoxen were shipped by train from New York to Alaska, where they were put out on University of Alaska property in 1930.

The animals stayed there until 1936 when 18 males and 13 females were relocated to Nunivak Island, which had been designated as a wildlife refuge. The idea was that the animals on the island would serve as the source population for reintroduction efforts throughout Alaska. Indeed, the numbers took off in the 1950s so that by 1965 there were 500 animals on the island. With a booming population, the US Fish and Wildlife Service transplanted 137 animals onto the Alaskan mainland in 1969-1970. (These details are found in A Fish and Wildlife Resource Inventory of Western and Arctic Alaska prepared by the Alaska Department of Fish and Game in 1977).

There were still plenty of muskoxen on Nunivak waiting to be relocated–so in come the Russians. The US had signed an environmental cooperation treaty with the USSR in 1972, in spite of (or perhaps because of) the Cold War. Arctic and subarctic systems were specifically called out as an area of cooperation, and the “joint development and implication of programs and projects in the field of basic and applied sciences” were included as possible actions. Under the treaty, a group of Soviet scientists who had been able to acquire 10 muskox calves from Canada in 1974 asked for a larger transfer of 20 from the Nunivak herd. The Soviets wanted to reintroduce muskoxen to Siberia, specifically the Taimyr Peninsula.

Not everyone was pleased with the suggestion of sending muskoxen to the Russians. It appears from newspaper accounts that the Interior Department had made the agreement sometime before March 1975, but was reluctant to announce it publicly in Alaska for fear of increasing anti-Soviet sentiment in Alaska. An editorial piece in the 2 April issue of the Fairbanks Daily News-Miner criticised the plan, saying “If the state is going to release any surplus of musk-oxen to other parties, Alaskans and other Americans should have preference over foreign nations.” Regardless of the objections, the muskoxen were released to the Soviet scientists. The issue did have a positive effect for the local community, however, because the lack of a functioning management plan and local involvement in muskox hunting was brought to the fore as an issue. The first sanctioned muskox hunt on the island (hunting licences for the taking of bulls were sold by lottery) took place in fall 1975 to reduce the island’s population.

Those muskoxen sent to Russia–which if you remember were descended from animals born in East Greenland then taken via Norway to Alaska then transplanted to Nunivak Island where they had lived since 1936–have multiplied in the years since 1975. The Taimyr Peninsula, which had last seen muskox 2000 to 4000 years ago, had become home to an estimated 6500 animals in 2008. A documentary film The Return of the Musk Ox (2008) by the Ukrainian director Sarana Vasili gives some glimpses into this new (or actually very old) muskox habitat in chilly Siberia repopulated during the Cold War. 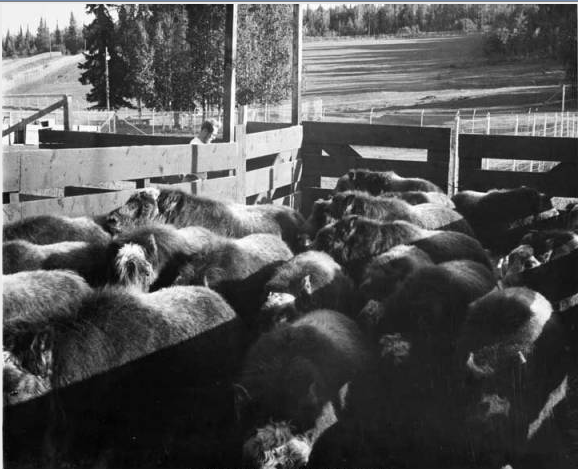 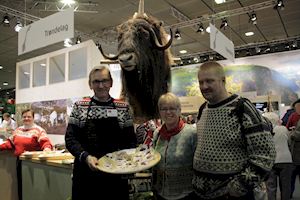