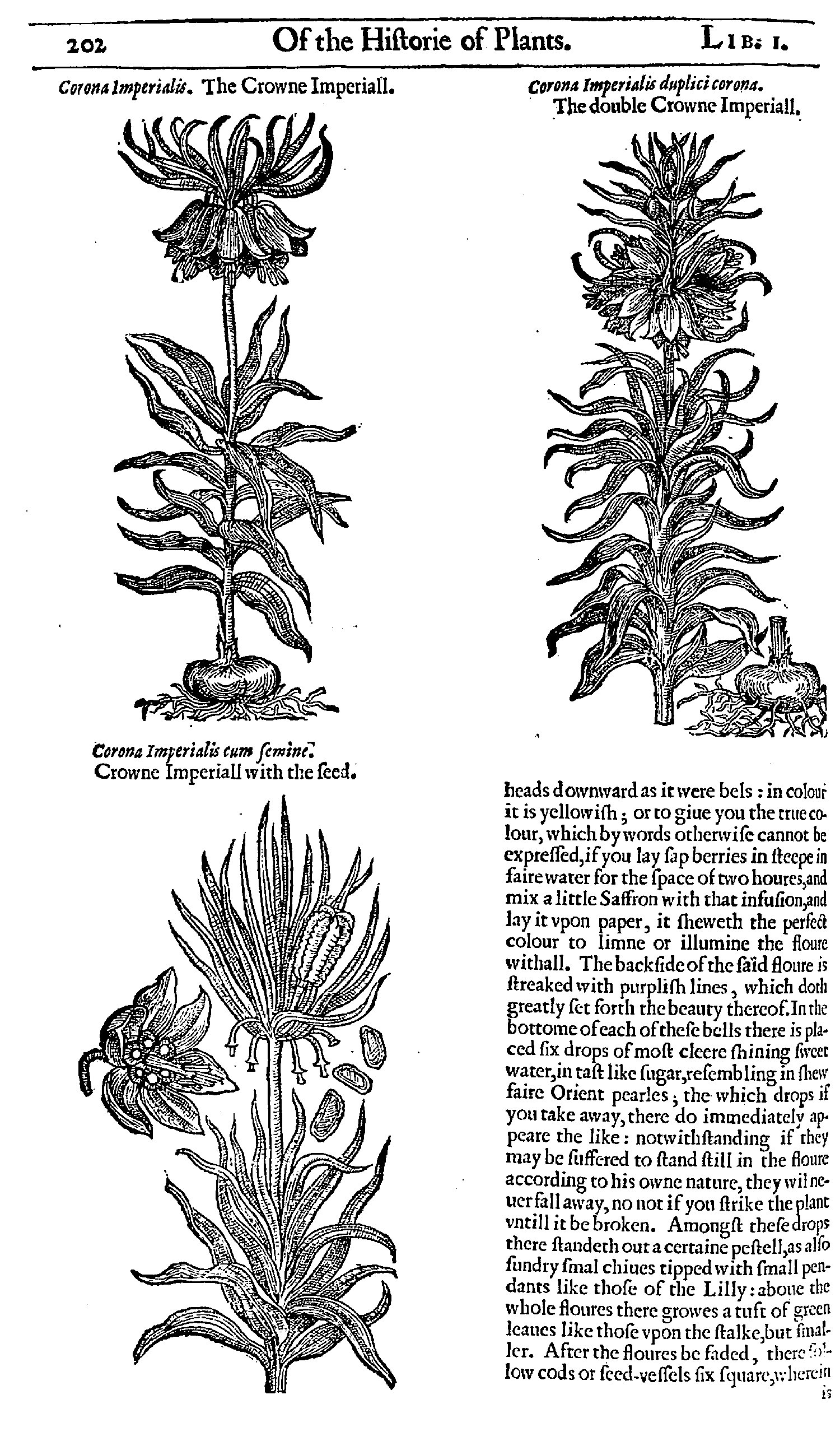 This week I was at a conference quite unrelated to my project on reintroduction: the Blood Conference about blood in medieval and early modern culture. But surprisingly, there was one paper that brought up an issue quite relevant to this research.

In her keynote “Blood of the Grape,” Frances Dolan (UC Davis) discussed the early modern desire to cultivate grapes on English soil because it was thought that these grapes would make wine that was more fit for consumption by English. It was basically a terroir argument: that the special characteristics of a place (its soil, geography, climate) infuse agricultural products with certain qualities. This was combined with an ethnic argument about the population (that people too were imbued with special qualities from their place of origin), and a humoral theory understanding of food which meant that the food consumed should match the characteristics of the person. So in the case of wine, English agricultural treatises advocated importing vines from France to grow on English soil and inherit the English terroir instead of Englishmen drinking wine imported directly from France.

In this history, the English thought that the vines would acclimatize. I’ve only seen scholarship about acclimatization, the intentional movement of animals, birds, fish, and plants for the benefit of humans, within the nineteenth century colonial context that witnessed European nations spread their settlers across the globe (for example Dunlap 1997, Osborne 2000, Ritvo 2012). France boasted the first acclimatization society founded in 1854 and likeminded groups sprang up throughout the major European powers and their colonies. There were nationalist and imperialist notions behind many of the projects aimed at aesthetic beautification, hunting opportunities, and agricultural improvement, whether it was introducing songbirds in America as a way of making it more aesthetically British or moving camels to Australia to make the deserts accessible. While the groups often looked to introduce species from their homeland into colonies as a mode of colonial development, some species were moved outside of that paradigm from colony to homeland. For example, the muskox domestication proposal which developed first in Sweden in 1900 latched on to acclimatization sentiments, which saw nature as a bounty simply waiting to be harvested for the benefit of the country. Acclimatization proponents believed that the imported animals or plants would adapt to the new surroundings and naturalize, i.e. live and grow as if they were from their new home. I asked Dr. Dolan if these early modern writers had thought about their actions in terms of acclimatization as well. It turns out they did not use that term, but they did use another: denization. In English legal thought of the 16th century, denizens were foreigners who lived in a country and were extended certain rights but were not considered citizens. This idea that originally applied to people was soon applied to plants.

I found several examples of this usage in the Early English Books Online database. John Gerard’s The herball or Generall historie of plantes from 1633 noted that lillies were “natives of the Pyrenean mountaines, and of late yeares are become Denizons in some of our English gardens” and crown imperial flowers “hath been brought from Constantinople amongst other bulbous roots, and made Denizons in our London gardens, whereof I haue great plenty.” In his  forestry tract Sylva (1670), John Evelyn argued that the success of horse chestnut tree plantings should give “encouragement to Denizen other strangers amongst us.”

While denizens were desirable, they were not always realistic. In A philosophical discourse of earth relating to the culture and improvement of it for vegetation, and the propagation of plants (1676), Evelyn noted that “plants do not easily become denizons in all places” because rains and micro-climates differed. Yet, Evelyn certainly thought many more trees could be “endenizon’d” than was currently the case in England:

And what if some of the Trees of those Countrys (especially such as aspire to be Timber, and may be of improvement amongst us) were more frequently brought to us likewise here in England; since we daily find how many rare Exotics and strangers with little care, become endenizon’d, and so contented to live amongst us, as may be seen in the Platanus, Constantinople Chessnut, the greater Glandiferos Ilex, Cork, Nux Vesicaria (which is an hard Wood fit for the Turner, &c.) the Styrax, Bead tree, the famous Lotus, Virginian Acatia, Guaicum Patavinum, Paliurus, Cypress, Pines, Fir, and sundry others, which grow already in our Gardens expos’d to the Weather; and so doubtless would many more (from Sylva p131)

For Evelyn, the denizens would be “content to live amongst us” and serve productive uses if only shown a “little care.”

This sounds to me remarkably like acclimatization arguments of the 19th century, the ones that show up in my muskox story. It’s a reminder that few ideas are really new. Ideas like acclimatization often have earlier incarnations but the historians writing about them are limited by their self-made boundaries in time and geography and may not recognize an older word for the same idea.